Schizophrenia is a mental illness in which there are disorders of thinking, perception, emotional expression disorder, personality disintegration, motor disorder and social withdrawal.

The onset of the disease is most often observed during youth or early adulthood.

Thinking disorders - a sick person utters meaningless sentences, while maintaining the principles of correct statements. Combines sentences in such a way that the recipient is not able to deduce the meaning of the speech.

Perception disorders - a person with schizophrenia is not able to receive a large amount of information reaching him at the same time. In the course of the disease, schizophrenic hallucinations appear in the form of auditory, visual or olfactory hallucinations.

Affective disorders - no emotional reaction, or a significant reduction, even in response to dramatic events. There are also so-called anhedonia , or inability to experience joy and happiness.

Motor disorders - the appearance of non-standard movements. It can take many forms, from hyperactivity to reduced mobility or awkwardness.

In the treatment of schizophrenia, drugs are used antipsychotics and individual therapy and family therapy.

Individual psychotherapy significantly improves the functioning of the patient in society, which after a history of schizophrenia attacks may have a problem with the return to normal functioning.

Life Coach, psychologist and educator using a holistic approach at work, depending on individual needs. 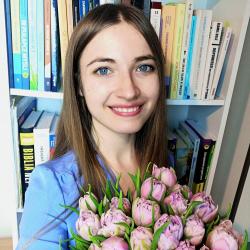