Divorce is the dissolution of marriage by a court in a situation where the spouses have permanently and completely decomposed, i.e. all spiritual, physical and economic ties have been broken. Divorce is second on the list of the most stressful life events.

The first stage is to realize that further marriage does not make sense. This is associated with the occurrence of many difficult emotions such as anger, resentment, sadness, impulsive behavior, and depression. In this phase, one of the partners usually moves out. The first stage usually lasts from several months to two years.

The second stage is learning to live without a partner, entering new, previously unknown roles. In this phase, the former spouses meet new people, make friends and check each other in situations they have not encountered before. This stage lasts several years.

The third stage is the time when former partners have a sense of stability and deal with the new situation. Meetings of ex-spouses are already possible during this period, without quarrels or mutual claims.

In the event of a marriage breakup, but one of the parties is unable to accept it, so-called mourning for loss. It is a process that you must go through to give yourself a chance to start a new stage in life.

It happens that in working through negative feelings and help in closing the stage of marriage, it is necessary to help a specialist psychologist. 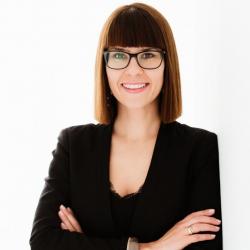